Published 9 months ago in Africa and Opinion 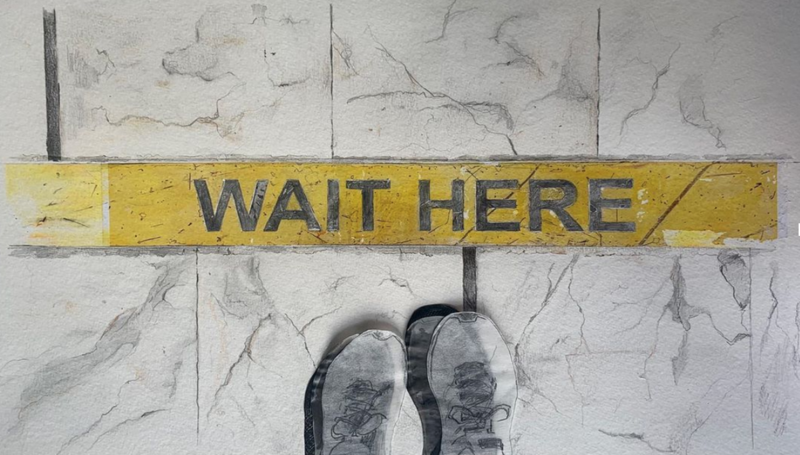 My green Moroccan passport is an unfortunate one, however my Nigerian friend said that hers is even more unfortunate. In the hierarchy of passports, ours rank at the bottom of the spectrum. Many of my fellow Moroccans which I have met over this summer are on their journeys for gaining a double nationality. A double nationality is equivalent to a stronger passport, one that would allow them to spend less time queuing in consulates and embassies to access Schengen, Western and even African territories. If you are a holder of an “unprivileged” passport, you carry a passport with a classification — that if you are to venture out into the world, you’ll need to prove that you are worth it, with enough education, enough money,  enough ambition, harmless, human and with the intention of returning to your country. Visa processes for me or my fellow Nigerian friend take time, emotional labor, and require patience and extra dollars that our student pockets can not currently handle.
When it comes to the color coding of passports, there are four main colors of passports worldwide. Most of passports from Muslim and African countries come in various shades of green with a few exceptions, while red passports have been chosen by some of the countries with a historical or current communist system. Blue “symbolises” the new world and also countries related to Mercosur in South America. Black passports, on the other hand,  are still present in Africa, yet only in a few countries, and in New Zealand. Ease of travel, according to one of many passport indexes, is accessible to European, American and Latin American passport holders. The majority of African countries are ranked between 50th and 109th positions. When you have a green passport, like mine, you become profiled as a “suspect” traveler, the one who might never return to his/her home country.
Last month, I was accused of being a risk passenger on a flight operated by Alitalia, the “flag carrier of Italy.”  I was on my way to Addis Ababa from Casablanca, with a transit of less than two hours in Rome.
The “incident” happened while I was on my way to board the flight, after I had spent a significant amount of time explaining to the Moroccan immigration officer that Ethiopia had changed its visa entry requirements for Africans, and is now issuing visas upon arrival. Nonetheless, the officer was hesitant to let me pass without seeing any visa stamped on my passport. As the careful human I had become, I had double checked the Italian Immigration website, a transit visa is only needed when the waiting period is greater than five hours, which I also explained to him.

As I was standing in the queue at the boarding gate, an officer working for the airline looked at me, asked for my passport and repeated in a mockery way: “The Italians don’t want you.” She had a look on her face that reflected that she was unsure of what she meant herself. As I was one of the last passengers, she added that I wouldn’t be able to board the flight, closed the boarding gate and made a few calls as I stood there too shocked to ask any questions, waiting for her colleague. The latter was a tall Moroccan man wearing a yellow vest, representing the Italian immigration at Alitalia. He carefully inspected me, with a quick gaze, head to toe, then apologised for not having told me earlier that I wasn’t allowed to board the flight. He took out his phone and showed me the email he had received. It clearly stated, in three lines, that I wasn’t allowed to board the flight, that I was a risk passenger. “I am just following the instructions,” he added.
From his perspective, I “didn’t look like a risk passenger.” At this point, I had collected enough confusion from the situation: I was being racially profiled, and wasn’t given any explanation other that it may have been a “mistake”. What are passport numbers and national IDs for then?  I asked him about what risk passengers looked like, he couldn’t respond and  I kept on insisting to understand why such a statement was made.
“They might have seen your name and feared that you’d stay in Italy.”
According to him, my name was Arab -- perhaps, too Arab. Hello institutional racism! Following that, the official refused to give me further explanation. I was told that the only thing I could get help with, at that point, was to redirect my flight through Dubai, which wouldn’t allow me to get to my destination on time anyways. The flight happened to be full, and I was therefore left without any option but to cancel my attendance for the event in Addis, and go back home.
The official called it a “random error,” an “administrative hiccup” that I had to accept and not think too much about. I wasn’t sure if he had already gone through the experience himself, to be called a risk passenger, and be told to go home and not to think about it since he seemed very at ease to express it my way.
This is perhaps one mere example of how global inequalities impact our lives as nationals of countries in the global south. Bathsheba Okwenje, a researcher-artist also recently contrasted the visa requirements for a Ugandan national visiting the UK with the ones for a UK national visiting Uganda. The UK national only needed a valid passport and $50 to pay for his visa, while the Ugandan needed a set of almost 20 documents.
One can not lie, the mobility of nationals of the global south is limited, surveilled and is becoming hard to gain. Many African researchers, entrepreneurs, and artists have been unable to attend conferences, residency programs and exhibitions due to unwelcoming visa processes. The irony is that within Africa itself, we, African nationals, need visas to visit our neighboring countries: as a Moroccan, I can not travel without a visa to Egypt, Zimbabwe, South Africa and so on. What is most frustrating is that many European nationals can access these same Africans countries visa-free. What happened to the vision of a borderless continent where its 1.2 billion people can move freely between nations? Why are we  still protecting borders drawn up by European colonizers more than a century ago?

Last week I flew to Nairobi through Cairo. And I was anxious — anxious that I would be stopped and told that I can not board my flight, that I am a risk passenger. I carried with me a heavy emotional tax that I believe no one should have to feel, unless it is a rapist, a war criminal, or a serial killer, etc. The canceled flight stamp on my passport intrigued the Moroccan immigration officials. I had to then explain the racial profiling case that happened with Alitalia before they could stamp my passport and allow me to fly to Nairobi (which the immigration officer was convinced that it was a city in India).  I also had to explain that similar to Ethiopia, Kenya operated with visas upon arrival for many African nationals, including Moroccans.
At the boarding gate, I sat next to a Ghanaian Swiss. As we chatted he told me, jokingly, that he is often stopped at airports within Schengen territories whenever he tries to leave the transit area. The officers would immediately apologise for the inconvenience as soon as they realise that he is a Swiss national. “My skin complexion scares them, but my red Swiss passport calms the game down,” he said. The idea of a borderless Africa, a borderless world, frightens the West. In the words of the Cameroonian philosopher, Achille Mbembe: “there is this misconception that the world could be safer if identities could be fixed once and for all and if uncertainty and risk could be controlled.”
I also remember how twelve years ago, my brother was denied a visa to attend his university in a Scandinavian country. A diplomat at the embassy in Rabat clearly told him straightforwardly  that he looked like the “kind of young Moroccans who would leave their country and never come back.” I remember it so well because it caused a fury in our home. My father could not accept such a racist accusation and wrote a letter to the Scandinavian country’s Ministry of Foreign Affairs only to have the diplomat in question revoked, and for my brother to get his visa, to study his bachelor in that country, and to finally come back to Morocco five years later.
In my quest to understand this issue and accusation at hand, I publicly shared my story on Twitter, accusing Alitalia of discrimination and racial profiling. Alitalia’s two sentence response was that I had to reach out to the Italian immigration offices. After 3 emails and two visits to the Italian embassy and consulate in Rabat, I am still left without any answer or justification.

The End of the West

How the post war liberal order is being challenged from within