The Journey That Should Not Be

Published almost 2 years ago in Latin America and Opinion 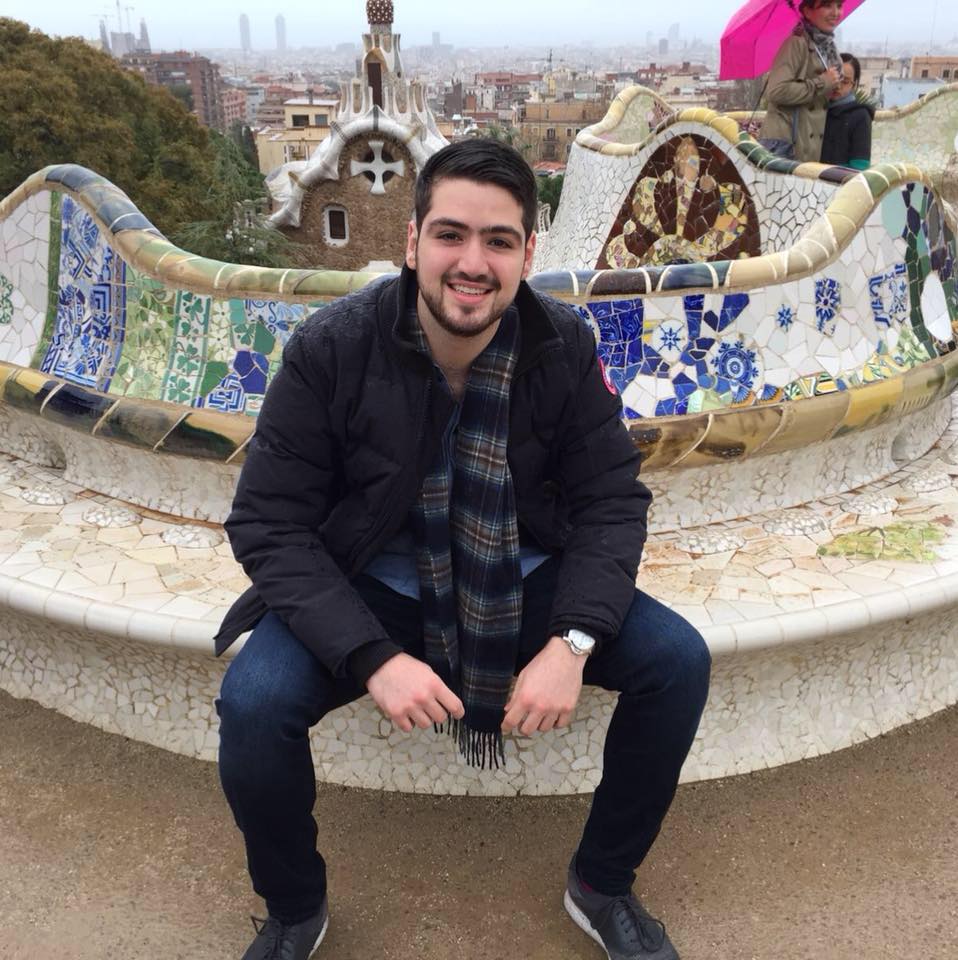 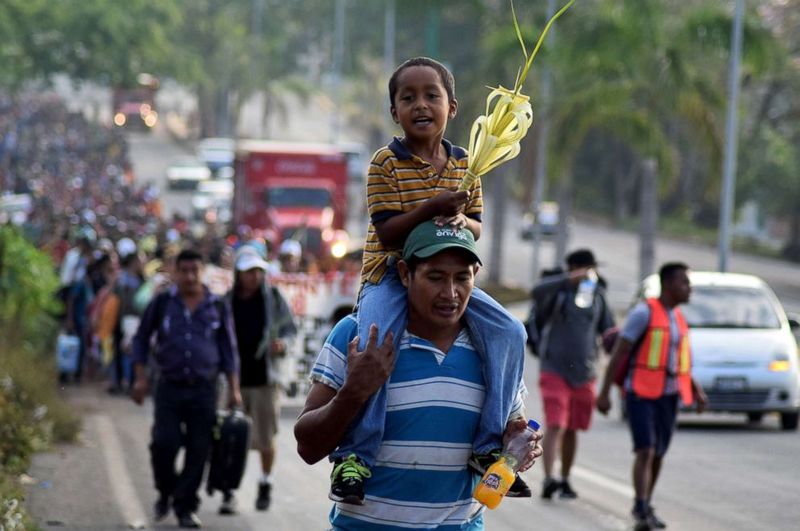 In the past months, there has been widespread conversation about an immigrant caravan that marched from Honduras to the United States border in protest against Trump’s immigration policies. Organized by an advocacy group called Pueblo Sin Fronteras (A People without Borders), the caravan was made up of 1,000 immigrants, mainly from Honduras,  700 of which are women and children.
The caravan received little to no attention, until it was presented in the world’s most viral platform of controversial statements - President Trump’s twitter feed. He urged the Mexican government to halt the caravan and proceeded to threaten Mexico with NAFTA negotiations and Honduras with withdrawal of USAID.
A few days later, the Mexican government gave transit and humanitarian visas to the immigrants. The organizers of the caravan did not have the intention to reach the United States. Rather it was a symbolical protest to raise awareness of the dangers an immigrant faces making an attempt to find their American Dream. This however, was not the end for various small groups of immigrants who decided to continue their crusade towards the US border.


About 150 immigrants did reach the border, and pleaded for asylum. To be admitted, they had to prove that they had suffered direct threats and persecution in their home countries.
The caravan is admirable and inspiring, as it has been romantically portrayed by the mainstream media. The journey from Central America to the United States, however, is not. It is a heart-wrenching and life-threatening experience that has left thousands dead.
I spoke with Iris Patricia Cerrato, a Honduran woman from the rural department of Yoro who made an attempt to reach the United States. After she was fired from her low-paying job, she found herself without options: “I didn’t have any alternatives, there was no way I could economically secure a future for my daughters.”
Cerrato left in December 2011, when she was just 25 years old. Accompanied by her brother in-law and a group of four friends, she experienced extortion, extreme hunger and escaped a gang’s assault.

“It’s not only about hiding from ‘la migra’ (immigration authorities), it can be gangs, human traffickers, rapists, or even other immigrants that are desperate for money or food,” said Cerrato  while narrating her journey.

Her defining moment however, came when she was attempting to ride “La Bestia” (The Beast), a cargo train that goes from the south of Mexico to the capital and which immigrants use as transportation in their journey to the US.
“La Bestia” carries about half a million illegal immigrants every year, who ride on top of the train and grasp themselves to prevent from falling. Thousands of these riders, however, fall on the rails of the train and die, or have their legs mutilated as they try to hop on.
“When I began the run to hop on the train, I tripped and fell. I thought the train would cut my legs, until my brother in-law, who I now call my guardian angel, pulled me into the train,” said Patricia. “I thought the worst part of the trip was behind me, little did I know what was waiting in 'La Bestia’s' next stop”.
Cerrato rode on the train for 48 straight hours. She had to share three bottles of water and ten packs of cookies with 4 other people. As the train began to slow down for the next stop, she heard the driver scream “The gangs are coming, the gangs are coming”. All the migrants aboard “La Bestia” jumped off and scattered in desperation, fleeing from the armed gangs who approached them.
She jumped off in complete darkness and began to run in pandemonium. Exhausted, she fell behind her group.

“I was too tired and I could not run anymore; I just threw myself in the grass and asked God to free me from his enemies." In the midst of the tumult, three men carrying assault weapons passed right through and did not notice her.

She spent two hours hiding under extremely cold temperatures, listening to gun shots and distant screaming until her brother in law miraculously came back for her. Once again, her group got on “La Bestia” and when they reached Mexico D.F., her Coyote was nowhere to be found.
That was the end of Cerrato’s journey. She stayed in a refugee shelter for a couple of months until her family sent money for her to return to Honduras. “It’s not worth it you know - in Honduras it seemed nothing was going well, but I would never risk my life like that again.”
Seven years after her search for the American Dream, she has found a stable job in the country she loves - Honduras. Many others have not had that fortune. In 2014, about 18,000 children who left for the United States alone were deported back to Mexico, Guatemala, El Salvador and Honduras. Thousands of others continue to flee from violence and extreme poverty.
Although one might think of this caravan as another immigration protest covered by the mainstream media, this caravan, and the interactions between Trump and government officials from Honduras and Mexico represent the epitome of the complex immigration crisis.
The migrant caravan has undoubtedly been one of the most efficient ways to put a migrant’s journey on the spotlight. Nevertheless, the media’s attempt to apply pressure to immigration agencies has not only proved useless, but it also fails to tackle the core of the issue.
The contemporary socio-political immigration battle in the United States is centered around who should be granted citizenship. America’s civil society should persistently fight for the rights of the dreamers and others immigrants who for years have lived in the United States. However, the majority of immigrants who flee Central America cannot even join this group. Who is fighting for their right to a better live?
It is not about keeping migrants out of the country by building a wall. It is also factually impossible to allow thousands of immigrants from Mexico and Central America into the United States. The political battle for immigration lies in creating a better life for those who have to make a journey that should not be.
Instead of using the caravan to push for more permissive immigration policy, the media should condemn the journey itself. We are in need for a nuanced conversation on immigration, one that focuses on why immigrants are leaving, which is truly the core of the issue.
Just like Cerrato in 2011, thousands of Central Americans find themselves without any alternatives. For many, riding “La Bestia” and making an attempt to cross the border against all odds appears to be a better alternative than death threats, extortion and poverty in their home country. Ultimately, every immigrant’s decision to leave is unique and different - could this life-threatening journey astonishingly be safer than staying?
The undertaking to remove Central Americans from that situation will be arduous but worthwhile. The day will come when no Honduran will have to ask himself if he should leave his beloved country and risk his life for a dream of a better future. Before that day arrives, we will need politicians as brave as those who dare ride “La Bestia” to step up, not only in the United States, but also and especially in Honduras.
I take great pride in my Honduran citizenship, but I cannot stand the fact that thousands of the migrants who make this journey are my age or younger. Everyday I am thankful for the opportunities life has given me, but I also feel attached to a social responsibility to my countrymen that are in need.
Not even two months have gone by and the repercussions of the journey are getting worse for those who do reach the United States. The inhumane and heartless choice to adopt the zero-tolerance policy is splitting families apprehended in the border.
The image of a two year-old Honduran girl, crying as she was separated from her mother made headlines in all major news sources. Her cries are not only a result of restrictive and inhumane immigration policies in the United States, they are product of years of corruption and lack of an effective socio-political system in her home country. 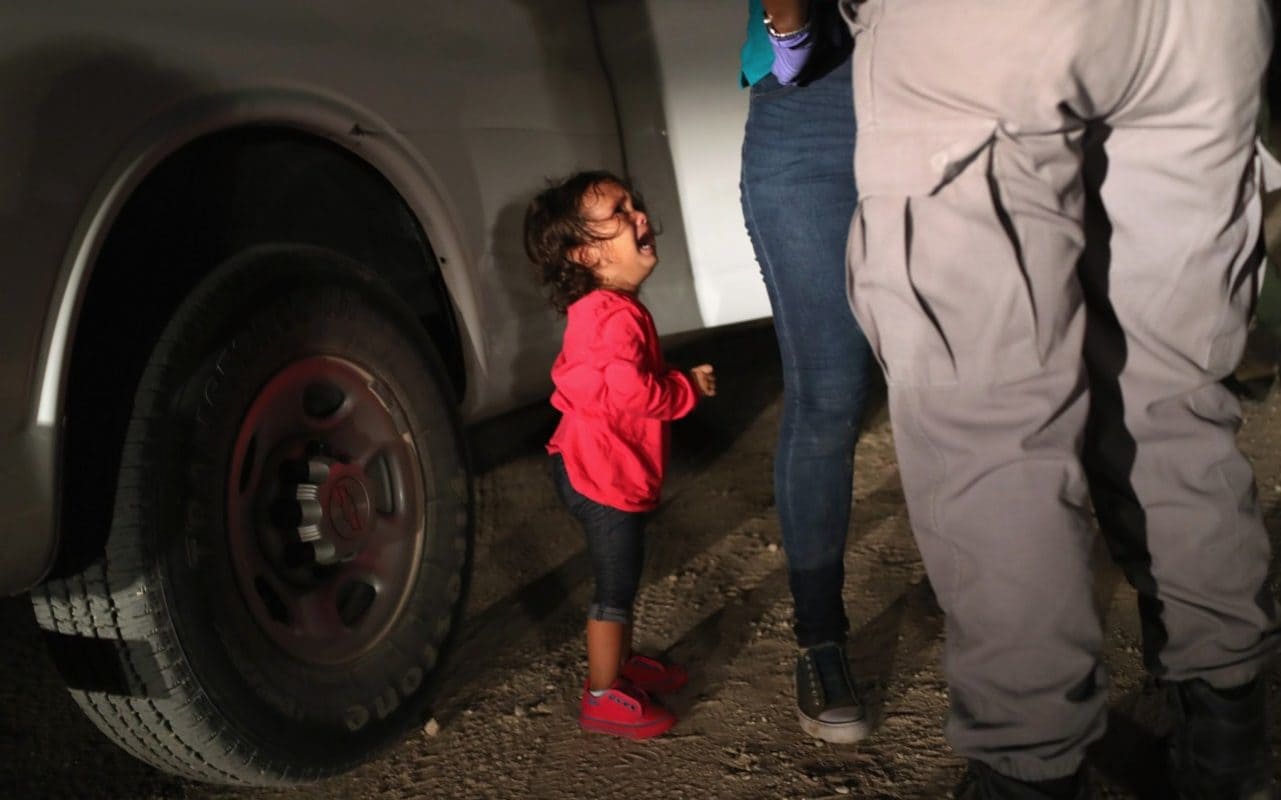 Our battle to prevent more scenarios like the one faced by this Honduran girl has various fronts, is composed of diverse issues and includes several countries. Until we understand this, thousands more will continue to suffer the repercussions of illegal immigration.
Trump’s tweets on the immigrant caravan will fade and be lost in his feed; let us hope this is not the case with cries of thousands of Central Americans seeking for a better life. Whether that is through prosperity in Central America, or legally in the United States.