Published over 1 year ago in Africa and Opinion 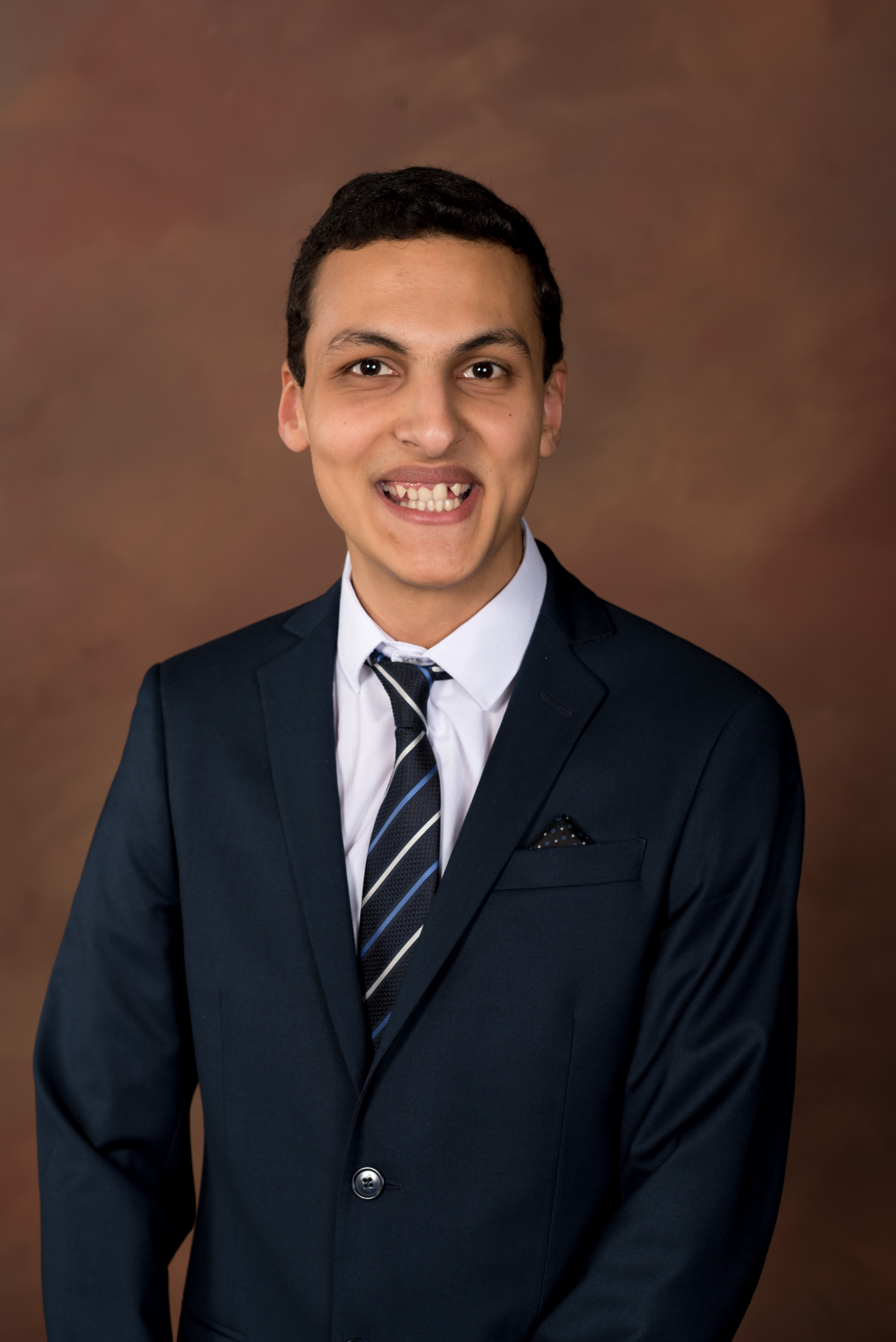 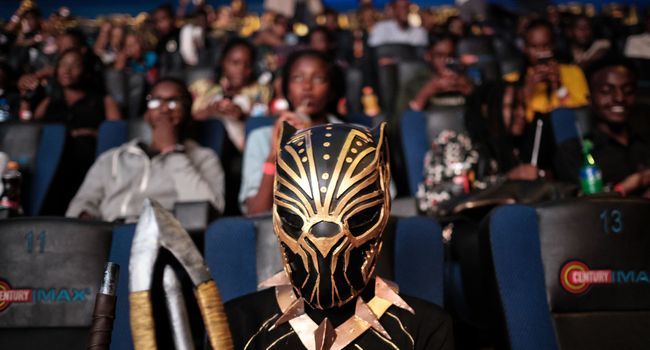 From Kenya to Nigeria, the release this week of the latest installment of Marvel studios, Black Panther, arouses the enthusiasm of the audience and the feeling of pride that a void has finally been filled by Hollywood. (Source: RelaxNews/Yasuyoshi CHIBA)

We live in a world that is becoming increasingly influenced by different narratives as a result of having increasingly more access to information. Medium writers, YouTubers and Instagram “influencers” all produce content that primarily targets youth and taps into certain ideals and aspirations. Videos of morning routines, study tips, and daily video blogs all set standards for what is considered commonplace.
As constant consumers of this content, we often subconsciously adopt some of these advertised images in our own visualization of certain notions such as power, prosperity, happiness, success, and failure. Social media outlets like Medium have become powerful spaces for shaping people’s understanding of themselves the people around them, and the world at large.
Social media and information exchange platforms are supposedly built to fairly accommodate content from across the world. However, there is a gap of representation due to the narratives of the so-called “Global North” and “Global South”––euphemisms for the "Developed" and "Developing" worlds. Popular Medium articles most often tell stories from the Global North–which is generally considered to be North America, Europe, and parts of Asia. Even when they portray the stories of the Global South, they do so still from the Global North’s perspective. Very few creators who write about matters of the Global South make it to the top of the list and, in order to reach a wider audience, many of them just end up tailoring their content to what is already trending. This is contributing to furthering the domination of the Global North’s narratives of being over those of the Global South.
The Legacy of Colonialism and Globalization
Through their control over the colonies and manipulation of the identity of the colonized, colonizers in many parts of Africa were able to influence how the colonized valued and interpreted things such as life, power, and prosperity.

“Every colonized people — in other words, every people in whose soul an inferiority complex has been created by the death and burial of its local cultural originality — finds itself face to face with the language of the civilizing nation; that is, with the culture of the mother country. The colonized is elevated above his jungle status in proportion to his adoption of the mother country’s cultural standards.” - Black Skin, White Masks (1985) by Frantz Fanon, psychiatrist, historian, and pioneer of decolonization.

These colonial politics of domination have carried on beyond colonialism and well through globalization Even though they do it differently, what the Hollywood industry productions and the United Nations have in common is that they both dictate standards for how people understand their position in the world and what they should aspire to become. As a result of both legacies, the world at larger is not as equal as we think it is.
The binary understanding of the world as being composed of a Global North and a Global South may not be accurate in its literal representation of both parties involved. However, it is very accurate in its portrayal of the unbalanced nature of the political, cultural and economic powers that both parties possess. When it comes to political decision making, global trade or even representation within social media, more developed countries have access to the machinery of production, distribution, promotion, validation, and invalidation of the narratives of being. Countries in the Southern Hemisphere have tended to have less access to sophisticated machinery, which consequently puts it at the level of consumption of and of dependence on the products made by countries in the north. 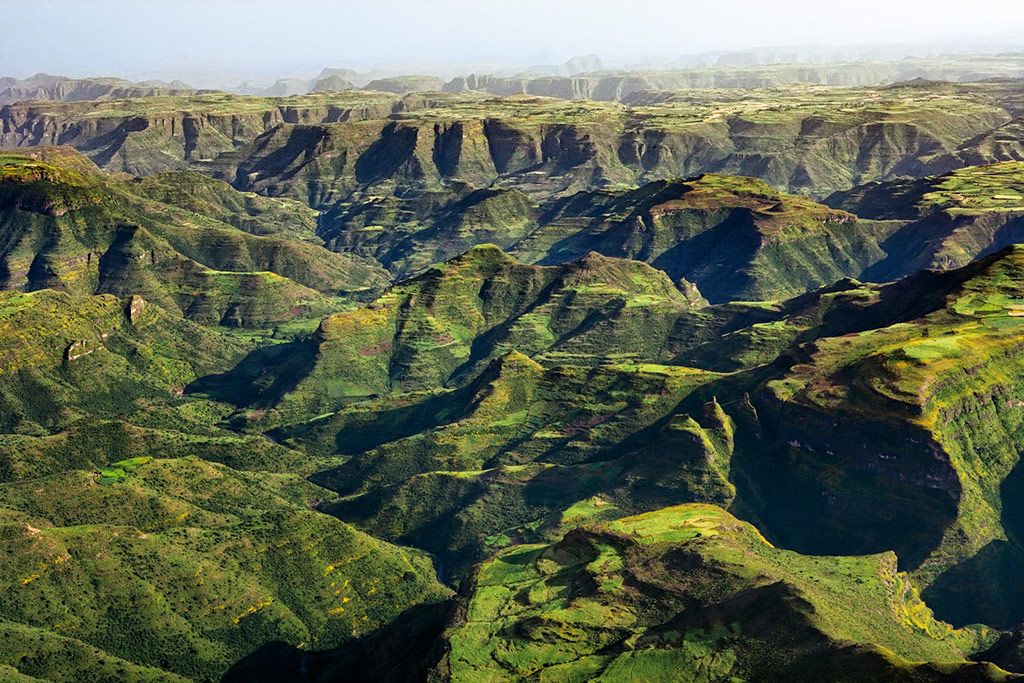 The Great Rift Valley known for being mineral-rich and high in biodiversity and symbolic of Africa's pre-colonial wealth and future prosperity. (Source: The Guardian)


Many of the resources that southernmost continents possess are being controlled and sourced for the benefit of nations in the Northern Hemisphere, which coincidentally tend to be more developed. The connotation of the north being superior to the south arises as a result.
Due to this hegemony, the perspectives and stories from North America and Europe have become at the center of content creation for most platforms and news outlets, whether on Medium or elsewhere. Content that caters to the audience in the developed world in the way it is approached and presented is assumed to, thus, be able to be much better understood, admired and related to by people.
Marvel's Black Panther: A Caricature of African Culture?
While many people think of  Black Panther as offering exceptional content that is elevating the voices of black people in Hollywood, the movie is in effect a more exotic and compelling version of any other Marvel movie, hence its enormous success. Black Panther, which many claim represents African narratives and peoples, actually does so little to genuinely do so. African cultures are instead used in the movie as they are interpreted by the producers not as they are — or are interpreted — by Africans themselves.
In an interview, American designer Ruth Carter expressed her philosophy behind making the film’s costumes as taking “culture and mix(ing) it with modern shapes” and  “some futuristic elements to make a fantasy.”
She reminds us that thinkers and artists from more northern and Eurocentric perspectives do not typically perceive African cultures to be modern or futuristic. She ties the cultural elements of African cultures to the concepts of fantasy, describing eloquently the mixture that lies behind Black Panther’s success: a Marvel movie with an exotic African touch and a social responsibility of elevating minority voices for people to rally behind or gain satisfaction from.

During the same interview, Carter does admit to drawing inspiration from a specific tribe from Ethiopia.  While we see bits and pieces of modified Suri culture in Black Panther, nowhere in the movie do we learn about how the Suri people in Ethiopia have been continuously forced out of their lands. The movie does little to specifically educate on the significance of particular dress or headwear. Costumes from the film as inspired by traditional dress worn by Suri Tribe members. (Source: Marvel's The Black Panther and Mario Gerth)

From left to right: Two pictures of costumes inspired from the Suri tribe made for the Black Panther character “Nakia” and a portrait of a member of the Suri tribe. Black Panther encompasses many visual elements that validate the global north’s narratives of what the Global South was, is or should continue to be. Many trending Medium articles, Youtube videos and movies follow this same trajectory, which is continuing to push the narratives of being of an inferior Southern Hemisphere aside. Whether they are labeled as Afrofuturism — as the term is constantly changing and has no concrete measures or guidelines — labels not should not detract us from being very critical of how the media constructs and portrays narratives.
Social media can be the place where members, thinkers, shapers, and activists contribute to shaping the narratives of their own experiences. There is a thirst for firsthand perspectives, ideas, stories and experiences. Some argue that the Global South has lost the battle of colonialism and may even be losing the battle of globalization, but we can use social media as a platform to flip the current dynamics of power in the world: not to dominate, but to be equally heard and represented.