Published 4 months ago in Europe and Opinion 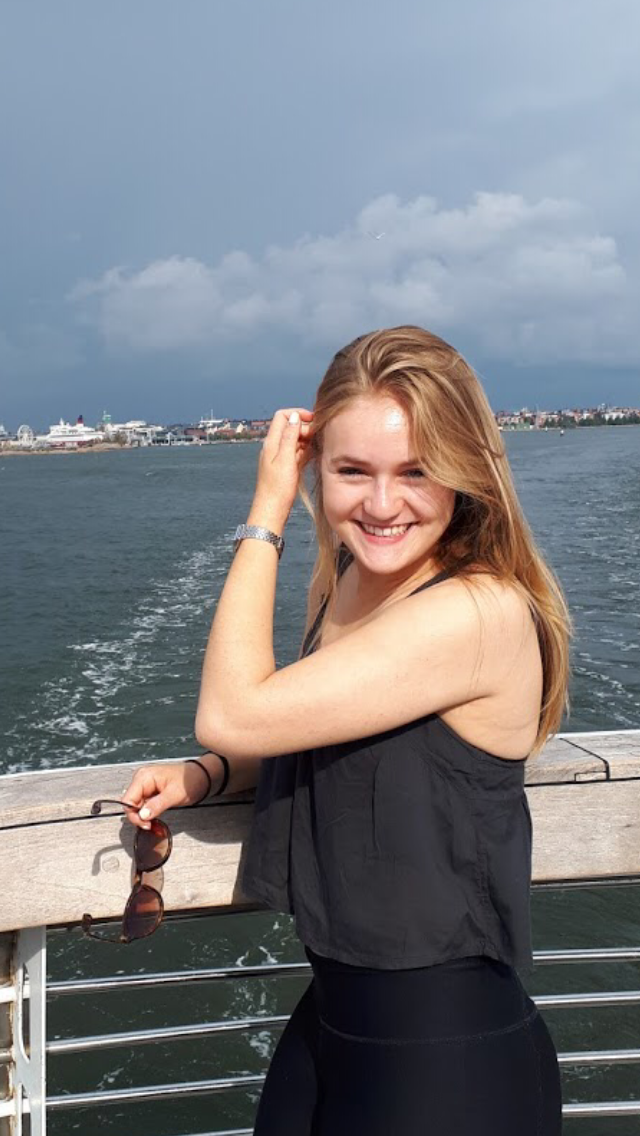 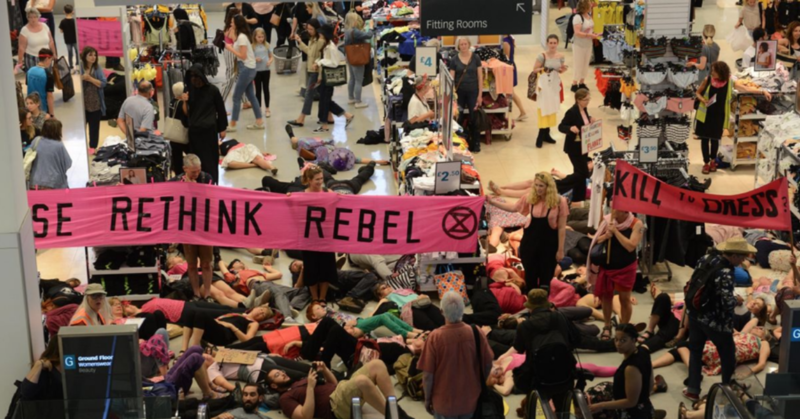 On 17 April 2019, the University of Bristol declared a climate emergency – the first university in the UK to do so. As a city known for its commitment to both climate change awareness and protest as a means of achieving it, Bristol has been the location of multiple large-scale marches throughout 2019. Bristol City Council officially declared a climate emergency in November 2018 and in The Mayor’s Response Document, ‘formally adopts the goal of Bristol becoming a Carbon Neutral City by 2030’. The international call to arms over climate change is being addressed not only by politicians and city officials, however. It is the student body of the University of Bristol, school children in the city, their parents, teachers and even visitors only briefly visiting who are staging mass campaigns to push for more official policies to protect the future.
This rise in environmental awareness in the city of Bristol has seen materialisation in a number of forms, from graffiti art, to protests, to the creation of new organisations with climate change awareness as their driving force. Swedish climate change activist Greta Thunberg, widely known for her climate change campaign “Fridays for Future”, has inspired Bristol directly, with a 15-metre high mural depicting the girl appearing across the wall of the Tobacco Factory building. The artist, Jody Thomas, spent over a fortnight creating the artwork, which presents Thunberg submerged under water as a warning against the effects of climate change. Speaking to Huffington Post, Thomas said about Thunberg: “She’s very much in the limelight, very current, very contemporary and she’s obviously clearly leading a very, very important issue which affects all of us on the planet…She has a very fearless style, tells it exactly how it is and lets everyone have it with both barrels.’ As a city known for its large student population, the mural has quickly become a representation of rebellion for the younger generation of Bristol, who are mobilising for protest on the basis of the issues Thunberg has warned about.

Thunberg’s “Fridays for future” campaign was coined as such after she began to skip school on Fridays to protest outside Swedish parliament. “Fridays for Future” has spread from Sweden to Bristol itself, with school children in the city striking on some Fridays as part of the ‘Youth Strike 4 Climate’ movement inspired by Greta. Students at the University of Bristol have joined them, missing seminars and lectures on Fridays to go and protest in College Green, among other locations. These protests have been advertised by students within university buildings, encouraging others to campaign against environmentally damaging measures such as the expansion plans of Bristol Airport. Unfortunately, due to some demanding dissertation deadlines I was unable to take part in the protests myself, but many of my close friends have done so. Whenever I took my lunch break on Fridays when protests were scheduled, I could see how much of an impact the protesters were having – huge traffic jams were forming as the protestors filled the main roads leading to the city centre, and I could hear the protestors chanting outside whilst I was in the library. It is beyond clear that whether or not one takes part in the protest itself, they have formed a force so significant that it is hard not to see or hear them if you are in the city during their scheduled campaigns. This is certainly a testament to the success of the protests; the message they carry can no longer be ignored by those who are either disinterested or unaware of the huge climate crisis. The protests are however dominated by the young generation – mainly 21-year olds and under – and the next logical step would seem to be the inclusion of older generations in the campaigns. As the ones who carry more authority in the political, governmental and environmental spheres on the basis of experience, they are a crucial component of guaranteeing the success of the wider campaign to raise environmental awareness. This is certainly easier said than done, though. In one of my seminars last term when multiple members of the class were absent due to the protest, my tutor seemed more concerned with them missing academic content rather than the cause for which they were campaigning. I understand the importance of teaching and education as a university student myself, but it would appear that the instinct of older individuals is to dismiss protestor causes as an inconvenience to another activity, rather than to consider the virtue and value it carries by itself. Green councillors in the city though, along with the MP for Bristol West Thangam Debbonaire, have expressed support for the movement and continue to discuss ways of making Bristol a cleaner and more environmentally-friendly city.
Having used the airport three times as a student in Bristol, I understand its importance but equally feel that expansion of the existing site will see air pollution outweighing any expected economic benefits. The strikes, including these ones against the airport expansion plans, have been backed by Green councillors in the city.

Protest is not the only means of easing environmental damage in Bristol – new companies are also being established as a practical way of fighting it on the ground. Hudi Charin, a History of Art graduate from the University of Bristol, recently set up her new company Big Sister Swap, which seeks to combat the fast fashion industry at its roots by offering a service for people to swap their pre-loved clothes with someone else! Swappers get the chance to explain what styles they love and hate so that the company can then hand-pick clothes to send back to the original swapper. In their mission statement, the company aims ‘To prevent clothes going to landfill. We believe no clothes, shoes or accessories should be chucked in the bin.’ Many have already made great use of the Big Sister Swap service, from students, to influencers worldwide. It is a great opportunity to contribute to the fight against global warming on a personal level.
This is all part of the wider shift towards climate change awareness and action in the UK. Socio-political movement Extinction Rebellion has taken the lead in using civil disobedience to fight against climate change after its establishment in May 2018. They have staged actions in cities across the world, such as a mock funeral march from Downing Street to Buckingham Palace. Once again, the people of Bristol have played roles in these protests, with students joining the marches and University of Bristol psychology professor Colin Davis arrested for spraying the Extinction Rebellion symbol on the Environment Agency’s regional headquarters in the city. Speaking to Bristol Live, Davis said ‘Successive governments have made it clear that they won’t listen to scientists who write reports. Perhaps they will listen to scientists who break the law to try and make their voices heard. Especially if those scientists are joined by teachers and students, by doctors and nurses, by gardeners and grandparents, and by farmers and firefighters.’ The actions of Professor Davis, along with the murals, companies, protests and movements driven by the people of Bristol and beyond, speaks to the increasing commitment of the city to fighting the climate emergency. There is still much work to be done – Bristol must reach its carbon neutral target in 2030, regional politicians must drive home environmental issues to higher authorities and individuals must contribute in their own ways too. Other cities in the UK are following suit, such as London, which has seen a host of climate-related protests. The number and regularity of these continues to rise in the wake of Boris Johnson’s recent election to the Prime Ministership in July 2019. As Brexit headlines continue to dominate Parliamentary agenda, climate change activists in the UK are becoming increasingly exasperated about the negligence shown towards action regarding the climate crisis. News of the burning Amazon rainforest is hard to miss on social media but is sidelined by many major British broadsheets which seem to focus almost entirely on Britain’s imminent departure from the European Union. This seemingly perennial process is making the jobs of climate crisis activists considerably harder.
More specifically, educational institutions must continue to improve and uphold their commitment to climate change activism – schools as well as universities. I recall memories of my younger cousin returning from boarding school at Christmas with 2 big suitcases full of recycling because her school didn’t have any recycling bins. For any institution not to have a scheme as basic as recycling in place is unacceptable, particularly when we are virtually at the point of no return for our Earth’s survival. Climate change activism is certainly a work in progress, but every contribution counts and helps to display a message which the government will soon have to address as its principle item on the agenda. Even before this milestone is reached, I believe that anyone and everyone can help to create a sustainable environment for future generations.